Developing games for Cystic Fibrosis treatment - Getting started with Fizzyo

In a recent post, I talked about the ICHealthHack event in London where many medical students gathered in order to win prizes and try to make the lives of children with Cystic Fibrosis easier, or at least more fun, when performing their daily treatment exercises.

Well, the fun never stopped and many of those students have gone on further with their projects aiming to fulfil their goals and really make a difference and now YOU can too.

What is Cystic Fibrosis?

Cystic fibrosis (CF) is a genetic condition affecting more than 10,800 people in the UK and its effects are quite far ranging.  The most prominent issue that people with CF have is with their breathing.  Mucus builds up in their lungs causing chronic infections, meaning that people with cystic fibrosis struggle with reduced lung function and have to spend hours doing physiotherapy and taking nebulised treatments each day. Exacerbations (a sudden worsening of health, often owing to infection) can lead to frequent hospitalisation for weeks at a time.

On top of that, their pancreas becomes blocked with mucus, enzymes required for digesting food cannot reach the stomach. People with cystic fibrosis often need to take more than 50 tablets a day to help digest food and keep respiratory symptoms in check.

You can read more about Cystic Fibrosis on the CF website, which goes in to a lot more detail.

Ongoing treatment for CF is long, laborious and no fun at all, requiring hours of repetitive exercise or treatment, which especially for children is very, very, very, VERY, boring.

The specific treatment being addressed currently is centred around airway clearance, which requires the patient to:

Patients need to focus on their breathing, NOT over exert themselves and ensure their full lung capacity is used (remembering that with CF patients, this can be greatly diminished).  This is very repetitive and needs to be completed several times a day, which you can imagine is quite boring.  Some patients use other methods, such as blowing into a bowl of water through a straw achieving the same effect.

This is where the Fizzyo device comes in, it is attached to any one of the airway clearance devices to gather the patient’s breathing flow and also offers (currently) a single button for additional interaction.

There are many hurdles involved in getting such a device approved for medical use and to ensure it is free from bacteria and infection sources in every use. Allowing it to be cleaned or use easily replaceable parts between the airway device and the Fizzyo controller.

The aim with the Fizzyo device is twofold:

Both are equally important to improve the patient’s quality of life and make treatment less of a burden as well as give an early indication of any problems that might arise requiring some sort of intervention or change in treatment.

How can I help?

With the IChealthHack event, the aim wasn’t to actually make a few games, the aim was to build a foundation from which many projects could be born. The entire project, from the hardware, firmware, software and even the games are all open source.  That way everyone benefits from what has come before and we all learn from each other’s attempts.

Thus was born the Fizzyo project and it’s GitHub Repository which can be found here:

In the repository, you will find separate projects containing the following:

Everything that can and is available is all uploaded to the sites and it will progress further later and contributions are welcome at any stage, such as:

Right with all the background out of the way, now on to the main event, how you can get involved and start building experiences to improve lives.

The catch? You only have these minimal inputs currently!

You can try and add more but remember the focus is on the treatment and the game should not take away the focus of that. Some examples that have been built already are:

Using the Fizzyo library from either Unity or MonoGame is very easy, a big benefit of using the library is that it also includes recorded data so that you don’t even need an actual Fizzyo device to get started. Alternatively, you can just use your normal X Axis and Button 1 inputs and simulate them normally if you wish.

Getting Started with Fizzyo in Unity

With Unity, you get a pre-build asset that you can import in your project from here:

Or alternatively, you can grab the source files from the Games repo.

Once imported you will have a new folder in your project called “FizzyoDevice” which contains all the scripts for the Fizzyo project, including some helper classes for analysing a patient’s breathing.

To start using the Fizzyo controller, simply add it to a GameObject in the scene and configure it appropriately:

Here you can configure:

Once you have the device controller configured, you simply access the input in code as follows:

Using the pressure value as your input to control your game, the values of which will fluctuate as the patient breathes into the device.

You can also access the button on the device as follows:

More details are included in the readme on the GitHub page here.

Getting Started with Fizzyo in MonoGame

With MonoGame, the Fizzyo device code is packaged into a nice library for referencing in your project, which can be downloaded from here:

Currently, you simply need to download the library and reference it in your MonoGame Game project as shown below:

Once the project is in and referenced, you need to add the InputState and FizzyoDevice services to your game as follows:

Then ensure these controls are updated in the game update loop as shown here:

Then finally accessing the control in code is very similar to how it is used in Unity as shown here:

More details are included in the readme on the GitHub page here. 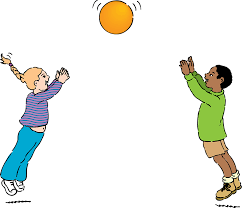 This truly is a tremendous cause and one to get involved with. It also adds the challenge of what you can achieve with so few inputs, there will be more added later as this is only the start of the journey.

Pitch in where you can and that doesn’t just mean building the games, above all the project craves ideas:

If you have any queries or questions on the project, just join the discussions on the GitHub sites or reach out to myself and I’ll put you in touch with the powers that be!

Developing for a cause - The ICHealthHack for Cystic Fibrosis

As a Microsoft MVP (Most Valuable Professional), out helping my community of game developers and technology peeps, I’m often

Getting started with MonoGame using XML