It all started one sunny morning when Michael Hoffman who wrote a shocking article on some fantastic lighting effects all done with XNA, I read this and was immediately impressed just how simple his solution was. 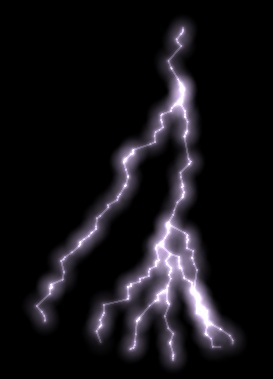 Not long after this a guy down under called Jose Fajardo was so impressed he went and got the same framework running on Windows 8 /Windows RT using Sharp DX combined with XAML.

Both demos really show the power and ease of building projects using XNA, I was tempted to follow up like Jose following Michael’s article but was busy with other projects,  With Jose’s article I felt freshly invigorated in light of my XNA futures series to show both how easy it is to use this solution but to also to go further, e.g. BEYOND!!!

As you would expect, porting Michaels solution over to MonoGame is very simple since MonoGame is just a direct replacement for XNA at present.  not all plain sailing as especially with the Windows version, not all graphical capabilities are available, usually because they didn’t make sense (a bridge too far) or where further work is still required either in SharpDX (the graphical underlay of MonoGame) or the current implementation.

First off you had better swing over to the new MonoGame website and grab the latest MonoGame installer, they updated it in January and added a host of new features and supported platforms.

,I especially like the rotating images of popular MonoGame projects)

As expected the Android and Linux builds are still there, there is a new player to the party with the Ouya (be sure to check on the requirements as Ouya deployment will also need a Xamarin Android license to deploy), two features to existing users that will catch your eye is that the Windows Project has now been renamed to OpenGL (unknown as yet whether there will be a DX variant or if this is a permanent shift?), the other thing of note is that there has been significant work on the Content building side (also now supported in VS 2012 but more on that later).  After much criticism the content project has been simplified and updated to support more traditional content plus the addition of content building for the new platforms.

After you have started your new Windows project just add an additional project for the Content to the solution and you should have a clean setup as below:

**Note, at the time of writing there is an issue in the new “Windows OpenGL” project template which incorrectly references the SDL.DLL, The MonoGame team are aware of the issue and no doubt it will be resolved shortly.  For now you can simply remove the SD.dll.

As with any simple conversion project like this with MonoGame, getting started is easy, just copy over all the class files to your new project (except for the Game class, always best to port that manually,, just in case), then copy over all the content from the original project in to the Content Project solution and you should have something now looking like this:

All that’s left is to copy over all the Game Class code:

And any additional helper classes / functions

All in all it took me all of 3 minutes to get it copied across to the new solution, all that’s left is to build and link the content files and your ready to go, well almost.

To finish things off you just need to link the content to your project and sort out any incompatibilities, likely both are only minor tweaks.

For Content I prefer to just “Link” the compiled filed from the content project but of course you can just copy the content files over to the build directory or setup a Build time task to copy them across, all methods have been mentioned before when I went through MonoGame, if you need to look back check here

Once you have linked the files make sure you also

Change the “Build Action” of the .XNB files to “Content”

And the “Copy to Output Directory” option to “Copy if newer”

If you cannot see the build files ensure you have:

Clicked on the Content or Content builder project and selected the correct  “Solution Configuration”  in the  drop down, in this case “Windows”

Selected “All Files” in the file browser, else you’ll see nothing

As for fixes in this case I found only one in the Windows project which was to do with the RenderTargets used for the Lightning Text renderer use a mode that is not implemented in MonoGame for Windows (Strangely enough the mode is supported in Windows 8, odd, but more on that later), to fix this just change the following lines from:

And replace it with:

Now fire it up and you’ll get the same experience as you saw in the previous demos but now running smoothly in MonoGame:

So that’s the first stage of many, sure it’s working in MonoGame but we can do better than that, first lets add a bit more and then go fully Multi-Platform