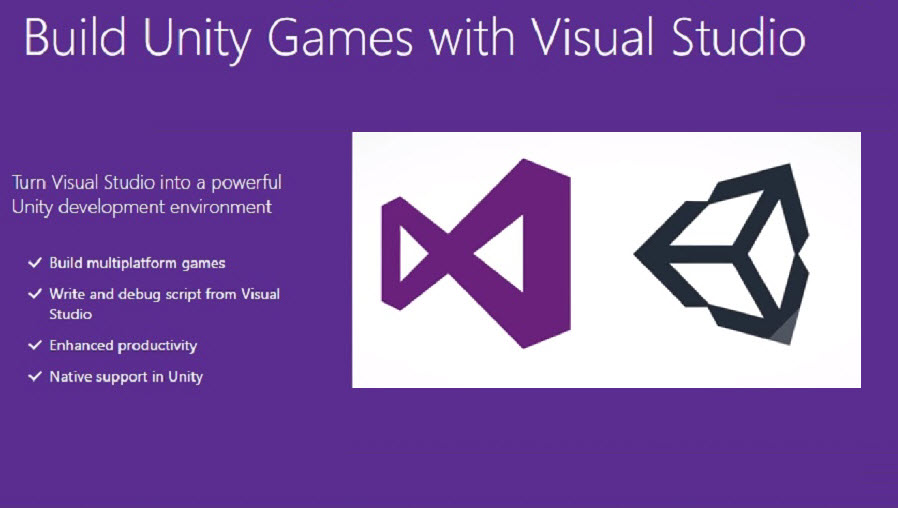 If you are building games and projects in Unity and targeting the Universal Windows Platform (UWP), you may have noticed than in the recent Unity releases this was actually broken. What you end up seeing in your build UWP project in visual studio is the following error:

If you dig further, you may also expose the underlying error code here:

This prevents you building / updating projects from Unity to the UWP Platform.

Once discovered, both Unity and Microsoft worked closely together to resolve the issues and updated their respective parts as quickly as possible.

The fix for this problem is fairly easy. However, it is a little time consuming (unless you have a mega fast download connection) as mostly it requires updating to the latest Unity and Visual Studio patch releases.

The first step, is to simply update your installation of Unity:

I highly recommend updating to 2017, even the free Community edition of 2017 (which is free) if you are doing UWP development.  It’s just better.

Once it’s running (the first step may be to update the installer first), simply hit “Update” on your specific instance of Visual Studio (the installer will happily update ALL installed instances if you wish) and once it’s complete you will be on the latest version.

Open Visual Studio to verify, click “Help –> About Visual Studio” in the menu and you should be running 15.3.3 (or newer). If not, check your internet connection and try running the installer again.

3: (Optional) Set player settings for project to .NET & .NET4.6
(NOT IL2CPP, XBL project does not have support for IL2CPP, yet)

Not strictly required but highly recommended for UWP projects, is to update the .NET Api Compatibility Level that is used in your built project.  This allows you to use more modern C# 6 functionality if you wish without causing errors when you build it in Unity.

Not to be confused with the “Scripting Runtime Version”, which I’m told breaks UWP project builds (although I haven’t personally tested yet)

*Note, I’m not saying don’t use IL2CPP (which is required for some Unity features, such as the new Post Processing stack) as it is a cleaner build.  It’s just NOT compatible with the Xbox-Live-Unity plugin at present.

To build for Modern UWP, you need to be targeting a minimum API level of 14393 (Anniversary Edition), For Mixed Reality builds you will need a minimum API level of 15063 (Creators Update).  Either will work but you need to ensure you select the version that is right for your target.  The current advice with new builds is to always target the latest but that is completely up to you.

You will find the SDK selection on the “Build Settings” screen when you have the “Universal Windows Platform” target selected:

5: Open project in VS

Once you have built your project, open it in Visual Studio to continue.

6: UPDATE NETCore NuGet package to 5.4+ <- without this, it still doesn’t work

In testing I have found this is critical still for existing projects or when you build your first (ever) UWP project, you need to have the latest NETCore NuGet package downloaded and available else it will fail.  you don’t have to update the other NuGet packages if you don’t want to (UWP Packages come bundled with the Application Insights NuGets for Windows Store integration for example), just the NETCore package.

When writing this article, I tried to replicate the error (after fixing it) and couldn’t generate the error even with new projects.  This step may not actually be needed but I still Highly Recommend updating any and all NuGet packages in your built project.

If you are unsure as to what NuGet is, you can read all about it here. Basically, NuGet is a dependency manager for .NET solutions, allowing you to disconnect your project from the source of a dependency.  It can then be updated independently without affecting your project (unless the API changes).  You will find most modern .NET packages from Microsoft (like the .NET Framework) are now NuGet packages so they can more rapidly update the framework without having to build and distribute new MSI packages.

To check and update the versions of the NuGet packages, right-click on the “Solution” in the “Solution Explorer” within Visual Studio and select “Manage NuGet Packages for Solution…”

Alternatively, you can also simply right-Click the “References” branch in your projects structure, also in the “Solution Explorer” in VS, this however will only show/update the NuGet’s installed in that single project and not the entire solution:

Once the NuGet manager is open you will see the installed NuGet packages, with a notification if any updates are available (provided you have an internet connection).

Simply select the NuGet package to update, NETCore in this case, select the version to update to on the right and click “Install”.   You will then be walked through a set of screens to accept the license for that package (if one exists) and then a final “get out of jail free” accept or reject screen.   Once complete, all the required references included in that package will be updated.

With everything in place, all that is left is to build your project. By default, Unity still insists on selecting the ARM platform as the default (don’t know why but I guess it’s too small a thing to want to change), so you will need to update this to the x64 platform (don’t use x86 unless you really need it, most UWP systems all target x64 now).  After that, you can build.

If you are unsure about which Solution Configuration to select (read, Build Type), remember what they are there for:

All well and good

With everything in this article, you should have no further issues building your UWP projects and once you have gone through it at least once (I’ve found) you need not do it again (apart from updating NuGets, you should always do that)