Having fun in space with trails

At the time of writing this, I am nearing the end of my second journey in to book writing. (in a very short period of time) In response to a survey I put out about where to put content (a non-UI tutorial in a book about the new UI system), I am publishing the appendix for my forthcoming Unity title named Unity 3D UI Essentials :

As the book at the moment is still in... read more

Having fun in space with trails

At the time of writing this, I am nearing the end of my second journey in to book writing. (in a very short period of time) In response to a survey I put out about where to put content (a non-UI tutorial in a book about the new UI system), I am publishing the appendix for my forthcoming Unity title named Unity 3D UI Essentials :

As the book at the moment is still in preview (pre-order). Full details about the book can be found here on my blog. (some of the notes on the Packt site are still very odd, working with the publisher to fix those

So for a little extra chapter which talks about setting up the 3D Demo scene for Chapter 5, check it out here:

The appendix is all about creating a 3D demo scene for which to build our UI upon. There are lots of tips and tricks here for 3D scene setup, background cameras with effects and using the infamous trail renderers for drawing a line behind 3D objects. Enjoy.

Note this is not my usual sort of tutorial, as I usually explain things a lot more. This is more of a step by step tutorial (that I usually moan about) to setup the scene.

As part of Chapter 5 – Screenspace, Worldspace and the camera, I setup a simple 3D demo scene with a few effects to make the UI really stand out and shine. However as the focus of this book it was moved to an appendix for you to follow if you so wish.

If you want to skip its creation or just use the completed version to follow through, then you can download the .UnityPackage asset for the demo scene here http://bit.ly/UIEssentialsCh5DemoScene and then just import it into your project as a Custom Package using Assets -> Import package -> Custom Package… in the Unity menu.

This chapter just works through a couple of 3D tips and tricks that you can use in any scene to help liven it up and work through some the niggles of working in 3D scenes.

Setting up for the big game

To make any picture stand out, it needs a really good background, so for Chapter 5 I created this simple 3D space scene for us to paint our UI on to: 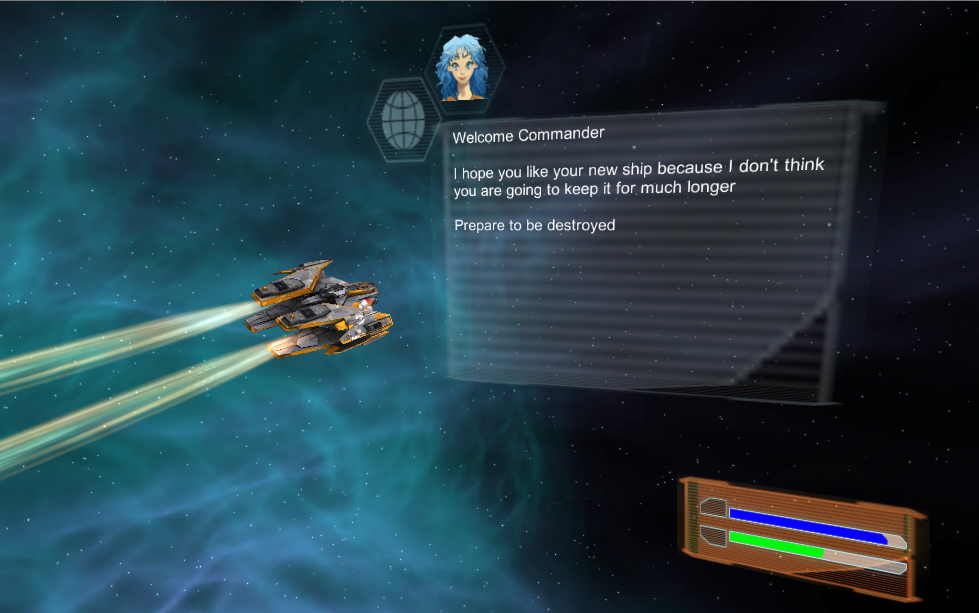 It is a cool mix of different Canvas UI elements displayed in a 3D scene, all with completely free Assets!

First off for our big example, let’s grab a few things:

Note, the SciFi fighter when imported does not use its own folder (very annoying), so after you have imported it, create a new folder called SciFi Fighter and move its assets to this folder (Materials folder, Meshes Folder, Textures folder and SciFi_Fighter_AK5 scene), just to keep the project structure tidy.

It is truly amazing what free stuff is available for game creators these days!

I almost had a little too much fun creating this basic scene and even learned some new tricks along the way. It is not crucial for the UI setup so you can skip it if you want to but it will only take 5 minutes or so to complete.

Here is where you should be up to now. No UI yet, just the beginnings of a scene:

Next let’s smarten it up a bit with a background skybox and even a trail for the ship: 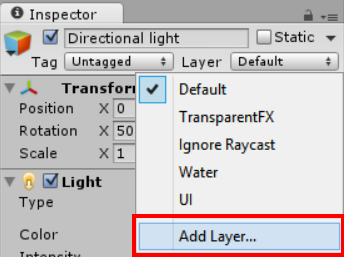 The Add Layer option in the inspector 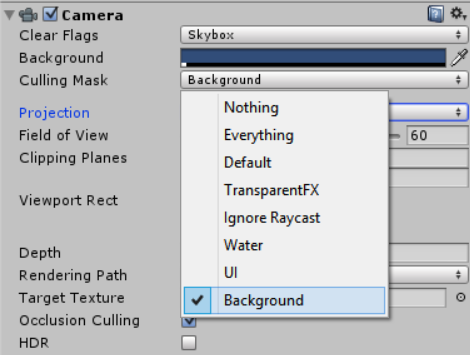 The Particle System should now look like the following screenshot: 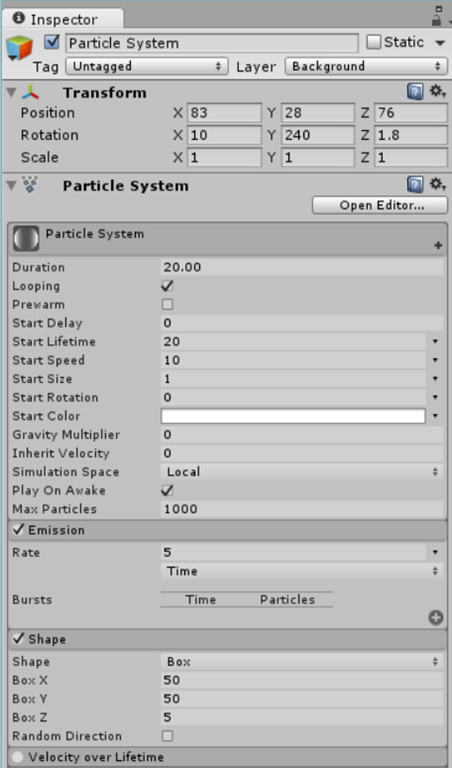 Note: I have found in situations where you want a background and a moving target that you want to follow, it is best to have the background and the target using separate cameras.

After all that our demo scene now looks like the following:

Lastly, let’s kick our ship in to action and make it at least look like it is moving:

If for some reason this does not place the engine GameObjects in the exhaust ports of the ship, just position them manually in relation to the SciFi Fighter.

The Trail render is a great way of adding simple trails to GameObjects, whether it is a light cycle, a car or in this case a space ship. They float along behind the object as it moves round the scene.

The Trail Render in the inspector should now look like the following screenshot: 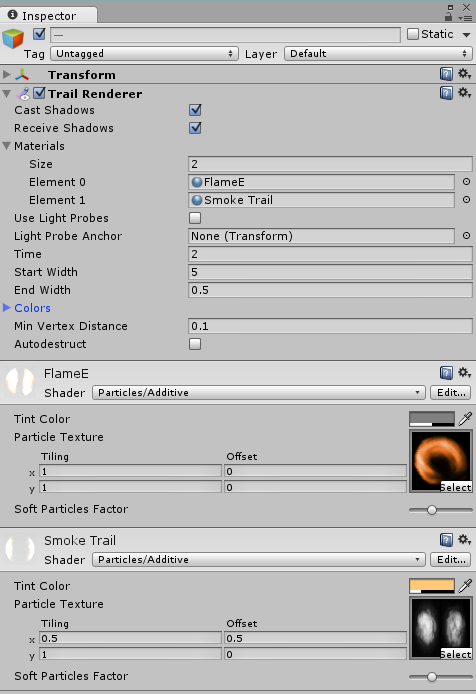 Almost there, one last thing remains. If you run the scene now you wo not see any change, no trails, the ship just sits there and does nothing. Simply put it is doing nothing because we have not told it to do anything, for the trail renderer to work the ship has to move.

For the last touch, create a new C# script called ShipMove and replace its contents with the following:

Now simply attach the script to the SciFi_Fighter_AK5 GameObject and hit play and your fighter will be screaming through the stars on its way to oblivion.

Our sample scene is complete.

Note the complete scene is also available as a Unity Package and can be downloaded from here: http://bit.ly/UIEssentialsCh5DemoScene

Now return to _ Chapter 5 _ and start adding some UI to this amazing scene you have created.

In the run up to the book’s publication, I am also going to publish the preview chapter on my blog as well. FYI It is chapter 1 which walks through the legacy GUI system and gives a highlight overview of the new UI “Awesomesauce” system

SO keep your ears peeled and half an eye on the books forum here.