Well, it is October 17th (as I am writing this) which means it is the official launch of the Fall creators update of Windows 10 and the release of the Windows Mixed Reality headsets from Acer, Asus, Dell and more. 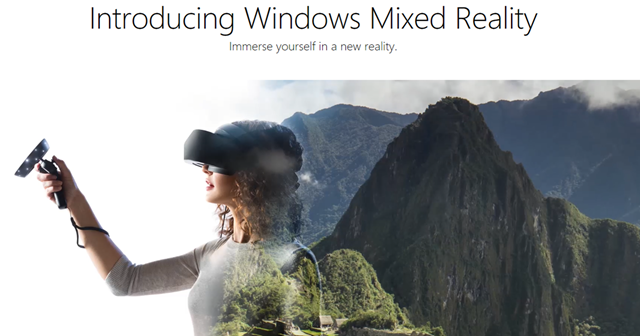 You should see this advertised wherever you see the new headsets or mixed reality enabled PC’s on offer. Just to make it clear, it is not just the... read more

Well, it is October 17th (as I am writing this) which means it is the official launch of the Fall creators update of Windows 10 and the release of the Windows Mixed Reality headsets from Acer, Asus, Dell and more.

You should see this advertised wherever you see the new headsets or mixed reality enabled PC’s on offer. Just to make it clear, it is not just the headset you need, but a PC to run the experience as well. Not a lot of manufactures highlight the PC component of the setup, so Microsoft is trying to be upfront as to the requirements. Most people will find however, that their existing gaming PC should be up to the task or may simply need a graphics card update (I recommend a minimum of an Nvidia GTX1050, which is fairly cheap).

Unsure if your PC is up to the task, then check out this handy App in the Microsoft Store to test your PC and see if it is Mixed Reality ready.

The headsets are out there and all the vendor outlets are already publishing and promoting their new wares. They can also be found on the Microsoft store and popular online retailers, such as Amazon, Currys/PCWorld and more, just search for “ Mixed Reality ” and let the offers commence.

The prices for the headsets range from £300 to £550, depending on manufacturer, quality, build and offers. Most come with controllers included, others allow you to purchase separately if you wish.

What is surprising, is that unlike the competitive VR offerings from other providers, the PC requirements for running Mixed Reality are considerably lower, making the PC purchase even easier. Granted, if you want that uber experience, then you will need a beefier PC. On the whole, a modest gaming rig (I paid £700 for mine) is more than sufficient to run the Mixed Reality line-up. 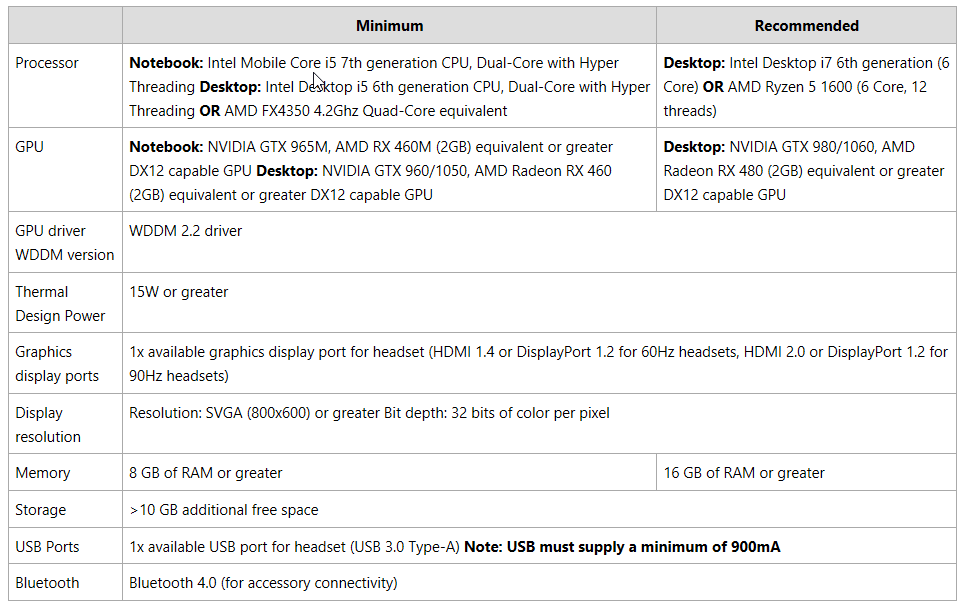 Another differentiating factor of the Mixed Line-up, is that it does not require any complex setup, no sensors or beacons. Literally just plug in, walk around your room and you are ready to go. All the necessary sensors, tracking and such are pre-built into the headset itself. The only connection is the wire from the headset to the PC, which is long enough for most experiences (but can be extended using traditional HDMI & USB3 extension cables). Although the length of the wire is no issue for seated experiences (although I do recommend a swivel chair

Many developers I have talked to have been hard at work on their titles ready for the October 17th launch, such as Gunspinning VR by Demonixis Games:

I have been testing and playing this title for some time now (even taking it with me for workshops and demos), everyone agrees, it is awesome! (until the Zombies creep up behind you!)

And there are many more titles already listed in the Microsoft Store showcase for VR: 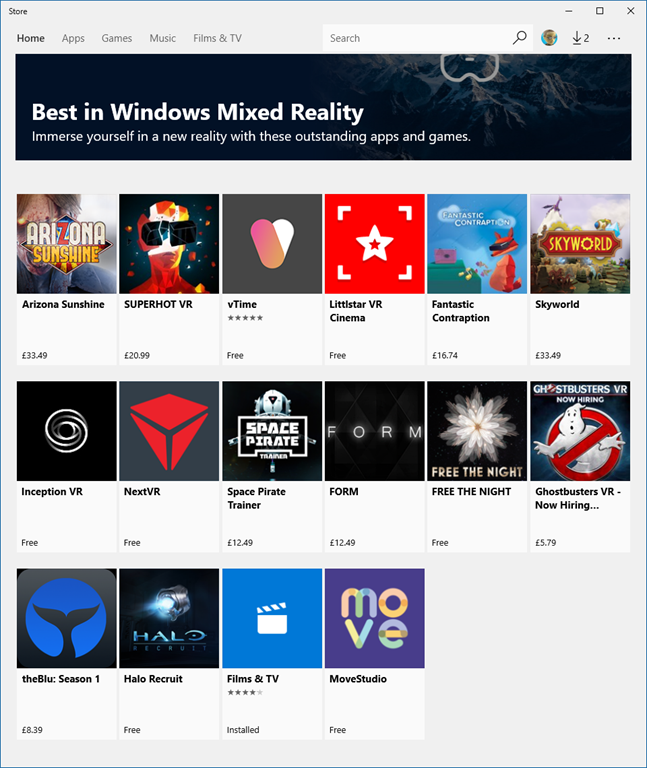 (Downloading Halo Recruit as I write

Time to get on the Mixed Reality train

So, if you are interested in VR and VR gaming (although, I am preferable to watching 2D, 3D and VR movies in my 300 foot VR cinema room) then now is the time to get going.

If you prefer Vive and Oculus, they both have recently announced price drops to match the Mixed Reality series of headsets, however, you still need to factor in the level of PC you will need to run them. The cost of VR, should include the PC you will need as an entire package!

Wait, there is more – incoming SteamVR!

As was announced earlier by Microsoft and Steam, Windows Mixed Reality will fully support games published on the SteamVR service. Further extending the amount of experiences available to all consumers. If you already have VR titles (or titles with VR support) in your Steam Library, then you will also be able to activate them on Windows Mixed Reality PC’s and headsets.

Note, no actual date has been announced for the launch of SteamVR for Windows Mixed Reality. But from the previews I have experienced, it should not be too long.

If you are a game developer and want to get in and start building Mixed Reality, then the door is still open. Just check for details, tutorials and samples on the Mixed Reality Development homepage and if you are interested, then sign-up on the following link:

like any other development platform, you will need to provide information about your project, history and development background and if successful, you will be registered in the development program, with all the benefits that entails.